Jr. hack attack pitching machine has performed exactly as described. I am totally satisfied with my purchase. A great investment for young future baseball stars. It appears to be structured very well and is easy to use. I’m impressed with the quality of this machine. I can’t say that about most things I’ve purchased lately!

Nice machine. Easy to set up. Only took about 15 minutes and we were plugging it in. Doesn't really adjust to aim it up high enough for outfield practice but it does aim down for infield practice. The speed dial is 0-10. We started at 7 and she was only about 15 feet from the machine. Turned it up to 8 and she had to move back a foot or so. Tried it at 10 and it was more realistic for distance and speed of a real game. The ball feeder allows for her to watch the ball when it's being loaded and to see it as it comes out the chute. It's not really that heavy to move around once it's assembled. Both my girls use it for a couple hours at a time. No issues so far. I bought the net to go with it so they're not chasing the balls when hitting. It's an all around great machine. The speed dial 6 and under are pretty much useless. You're too close to the machine to judge where the ball will come out and react. If you angle it up to get distance from the machine then it's just all wrong for batting. Overall I'm happy with it.

We are an Indoor baseball training facility with over 70 teams and 800 clients and by far the Portolite mounds are the best we’ve had. We’ve tried a few of the other mounds out there but the Portolite mound is our clients preference.
Not only that but the quality and craftsmanship is by far the best we’ve had.
Highly recommended. The only mound we will ever have in our facility.

This is my second mound from ABS. Both products have been great, as advertised, and work really well. However, on this order there were numerous delays with shipping the product because they didn't have a material in stock to make the mound, which is totally fine and reasonable, but there was no mention of backorder when I placed the order, and what was worse, is that there was no reach out from ABS to keep me informed of the constant delays, I had to send two emails, one when the mound was two weeks late, and another two weeks later when it still had not shipped. So my mound was a month late shipping, and I had already gotten rid of my other one, so less than ideal with communication.

My other issue was the shipping practices through Old Dominion Freight. I got a call from the deliver company the day before to set up a deliver window, and told them I would be available between 11am-4pm for delivery which they said was fine and agreed to that window. I got a call on the delivery day at 8:30am, saying they were about 20 minutes away. When I asked what happened to my delivery window later I was told that because of the size, they had to bring an extra worker and he had to get back to the warehouse and wasn't able to do the later delivery. This messed me up because I was working with clients when they delivered the mound. Because of that, I could not properly inspect the item for damage before they left (because like I said I was working when they decided they needed to deliver it), once I finished with my client and opened the box, I realized the front left of the mound must've been dropped because it has a huge compression fracture on the corner. Now the corner is not going to affect the functionality of the mound, however if you spend over a thousand bucks on something, you want it delivered without damage. While it was my fault that I signed off on the delivery, the delivery company showing up at the wrong time and therefore not allowing me the proper time to inspect it is the real problem here. If you can't deliver an item because you don't have the work force to do so, don't agreed to a certain delivery window. 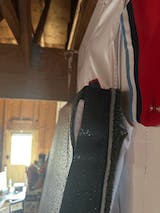 Machine is working great, and customer service has been fabulous.

Dissatisfied with the Hack Attack because the settings for the fastball are 82-85 mph. We upgraded from Hack Attack Jr and the fastball setting was 70-71 mph.
It is advertised at 100 mph . Shipping took forever and the delivery company was unprofessional.

I have had this machine for five weeks and went through 2 of the 3 motors already. Yes under warranty, but machine is down 2 weeks every time there is a problem. Manufacturers even spliced into bare wiring causing shorts as pictured. I expected better quality from a machine like this. Manufacturers warranty is great however. Very few questions asked. 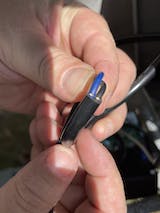 The product came as advertised and has worked very well. Installation instructions for the conversion kit were adequate. However, I had to wait two weeks for delivery. Initially it was three weeks but after I complained they expedited delivery. In 2022, two-three weeks delivery time is too long.

I purchased this switch, didn’t feel like spending the extra money, but decided to just do it. When I received everything and unpackaged, I saw that the switch and receptacle were opposite. Meaning, the switch was only 5 feet from the end of the plug and the receptacle was 90 feet. I understand accidents happen, but this was a big one they missed

I have both the The Hack Attack & Hack Attack Jr. First purchase was the Hack Attack, love it just became a pain to take to practice every other day due to size & weight so it's new home is the backyard cage. Decided to get the Jr & at first I was skeptical how huch it would move around at full speed seeing that it is much lighter but it performs extremely well. My only complaint would be there is nowhere to store the 2 legs when transporting as compared to its big brother. Very satisfied though!

The craftsmanship is great. Obviously built to last. If you are serious about developing a pitcher this is a must own. Simple setup, minimal effort. Heavy, strong, no complaints.

1. Housing is molded plastic and the connections are flimsy, but not unexpected given the price point. It just makes it difficult to get precise ball placement.
2. There is no speed control. The speed is controlled by the hardness of the balls that are used. The speed rating on the balls varies by distance however. The 40 mph balls I purchased actually travel ~70mph in the 22’ range I have setup.
3. The machine is also quite noisy
OVERALL: great for the price point, but expect having to fiddle with the setup.

1. The netting is well made and while we haven’t had it up long the material seems robust.
2. The setup took a lot longer than advertised. Maybe if you had a crew of experienced people you could hit 15 minutes. It took my wife and I over an hour. It also requires being stakes into the ground. So I wouldn’t consider it portable.
3. One section simply isn’t long enough for the pitching machine. The pitching machine says the orange balls are rated for 40 mph, but that’s at a much longer range. It tosses them at 77mph in my 22’ section.
OVERALL: Great if you have the space to dedicate to it full-time, but definitely not portable.

The bullpen dummy didn’t come with instruction. Although it seems easy it should come with it, I put dummy on rubber incorrectly. Then it does not stand straight up it leans in. So for those reasons I’m no happy with product.

Unfortunately while I waited for a few months to get my product I finally received the anchors but the bases never showed up and still haven't. I did move homes during that time not knowing it would take that long to get them so they either were stolen or never delivered.

As far as pop ups go it puts crazy back spin on the ball making it pretty unrealistic to catch but still fun to try and use for practice.

M
Hack Attack Baseball Pitching Machine Matt Thompson
Everything I could ask for !

We’re using it for hitting of course but we also use it for the catcher to work on blocking, receiving, and pop ups behind the dish. It’s a game changer.

My son loves to practice! It is a great for objective pitching. Nice and heavy.

Great product and easy to assemble. However, net is very stiff. Maybe it will soften over time. My son hit the pocket and it bounces out because the net is rock hard.

Pitch pocket pro is heavy duty, very well constructed and worth the extra money over similar products I looked at. Anytime baseball was prompt to ship and communication was great. Thank you!